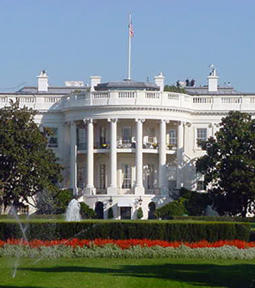 The Washington Post reports in tomorrow's paper that first lady Laura Bush today announced that she has appointed the White House's first ever female executive chef. What's more, Cristeta Comerford also becomes the first minority to hold the post; she is a native of the Philippines.

Comerford has worked in the White House kitchen for 10 years, and the Post reports that "it was her performance in the past several months, including an official dinner in July for 134 guests in honor of Indian Prime Minister Manmohan Singh, that helped the first lady make her decision."

The decision is great news to the women's groups who lobbied for a female appointment, including Women Chefs and Restaurateurs.

Cheers to Comerford for her history-making, glass-ceiling breaking selection.