A Lot to Look Forward to at Acadiana 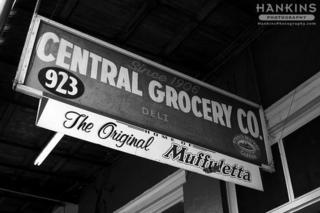 The opening party for Acadiana is set for Sept. 10, and the new Louisiana-style seafood house will open to the public a few days later. In September's Washingtonian, restaurant critic Tom Head offers an enticing preview of the new spot.

Among the highlights, Head reports that Chef Jeff Tunks and crew, in a quest for authenticity, will import "genuine New Orleans French bread" for Acadiana's po' boys from the 90-year-old Leidenheimer Bakery in New Orleans (a trick also used by Johnny's Half Shell). Louisiana oysters will be shipped from P&J Oysters, also of New Orleans. And "finding snapping turtles [for turtle soup] was no problem," Tunks told Head. (Good to know if you ever want to cook up some turtle.)

Many of the restaurant's recipes are inspired by Louisiana's dining institutions. On the menu, Head writes, will be a muffuletta inspired by the Central Grocery (pictured); fried catfish à la Middendorf's; and barbecue shrimp in the style of Pascal's Manale. Chef de cuisine Chris Clime will borrow the Cuban sandwich press from Ceiba to add an original touch to Acadiana's muffulettas, which will be accompanied by Zapp's potato chips from Louisiana, Head reports.

And while I love the food at the group's other restaurants, the desserts always steal the show in my mind. For Acadiana, New Orleans native and pastry chef David Guas has created bananas Foster-filled crêpes, white chocolate bread pudding with macadamia nut ice cream, and beignets with chicory coffee pot de crème, according to the Washingtonian preview.