Thomas Keller at the Watergate? 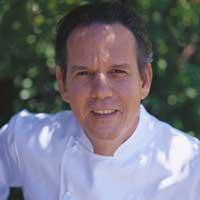 Could it be true? A San Franciso-based food blogger has sparked a rumor that Thomas Keller, of French Laundry, Per Se and Bouchon fame, might be opening a restaurant at D.C.'s own Watergate Hotel.

The rumor has been tossed around over at donrockwell.com, but there have been no solid sources identified. Rumor on the chat thread also claims that Keller was dining at CityZen last week, where his French Laundry protégé Eric Ziebold heads the kitchen. Read into that what you will...

If true, this would be the biggest restaurant news to hit our fair city in a while. D.C. is already poised to gain a few top-notch restaurants, with some of our best chefs, including Ris Lacoste and Michel Richard, branching out.

But there is no hard evidence at present to support this claim. If any pops up either way, I'll post it here.