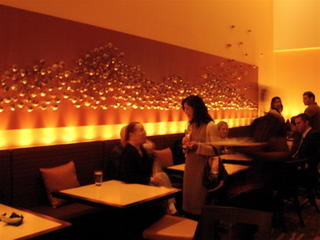 From the Chinese dragon and drummers out front to the spontaneous singing by Placido Domingo, the opening party for Zengo Monday night made quite an impression. Guests sipped raspberry caipirinhas and cucumber mojitos and sampled sushi, wonton tacos, spring rolls and cinnamon churros, while Domingo and chefs Richard Sandoval and Alan Yu made the rounds.

The restaurant, which opens today, is the topic du jour, as expectations are mixed over whether the chain will reflect the talents of its chefs. Yu, who grew up in D.C. and is a University of Maryland alum, brings an impressive résumé to his chef de cuisine position—he worked under Michel Richard at Citronelle and Jean-Georges Vongerichten at New York's 66. 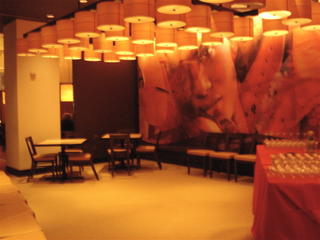 Check out the menu from the Denver Zengo here, and if you have a chance to go, report back here and let me know what you thought.