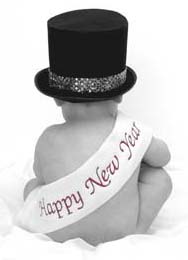 While 2005 brought us a spate of significant restaurant openings, I'm predicting 2006 will be an even better year for food lovers in the District. Some very talented chefs have plans to bring the city some exciting new dining destinations. Here's a glimpse at what we have to look forward to this year, bearing in mind that the license bureaucracy of D.C. could very well push some of these into '07:

• Cowgirl Creamery should arrive sometime in the spring, bringing with it the San Franciso-based shop's award winning cheeses including the triple cream Mt Tam, described on their Web site as "firm, yet buttery with a mellow, earthy flavor reminiscent of white mushrooms," and the Red Hawk, "aged six weeks and washed with a brine solution that promotes the growth of a bacteria that tints the rind a sunset red-orange." 919 F St. NW

• Michel Richard of Citronelle will open Central by Michel Richard at 11th and Pennsylvania. Word from Tom Sietsema back in August predicted a summer opening.

• Beck's, the second restaurant from Chef Robert Wiedmaier (right) of Marcel's, will hopefully open about a year from now, according to Sietsema's Weekly Dish. 1101 K St. NW

• Lima should open within a month or two, offering pan-American cuisine with separate ceviche, tiradito and oyster menus in a lounge setting. 1401 K St. NW

• The owners of Indique will open Indique Heights in the next month or so. 2 Wisconsin Circle, Chevy Chase

• Urbana, the signature restaurant in Kimpton's new Hotel Palomar, should open sometime in the spring, along with the hotel. Cooking inspired by Northern Italy and Southern France is on the menu. 2121 P St. NW

• Peter Smith, the longtime executive chef of Vidalia, is expected to open a restaurant of his own in '06.

• Carole Greenwood and James Alefantis of Buck's Fishing and Camping plan to open a 70-seat spot with a somewhat random ping-pong theme at 5037 Connecticut Ave. NW.

• Chef Morou Ouattara (left) will hopefully find a new place to settle in and treat us to more of his spirited and eccentric cooking.

• Chef Ris Lacoste's plans will hopefully take shape by year's end, and we can all eagerly await her restaurant's opening.