Updates in a Slow Week 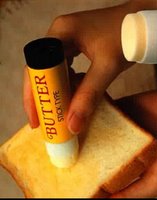 It's been a slow news week in the world of D.C. dining, save the controversy over whether anyone is going to eat Butterstick.

In less disturbing news, Fogo de Chão opens today. You can check out the prix-fixe, all-you-can-eat menus for $24.50 at lunch and $44.50 at dinner.

And Lima Restaurant and Lounge is hiring staff and should open sometime in mid-January. Update to the update: Lima's Web site now mentions that the chef is Raynold Mendizabal, who was formerly the chef at Pesce, and describes the menu as pan-American with separate ceviche, tiradito and oyster menus. "Latin flavors dominate but don't overpower the menu, they simply touch each dish," the chef is quoted as saying.