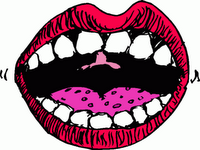 When chatters on Tom Sietsema's chat a few weeks ago started arguing over the pronunciation of Les Halles (layz-ahl vs. lay-ahl), I couldn't help but think of all the other rampant mispronunciations out there in restaurant land. (Read a summary of the debate here.)

For the record, the Les Halles question was posed just last night to Philippe Lajaunie, owner of the restaurants, at a "diner des amis." Lajaunie says LAY-al, like Sietsema first indicated, but explained that in the 70s, there was a movement to make the liaison between the 's' and the 'h' and it became somewhat acceptable. However, the traditional and historical pronunciation (and therefore in French minds, the correct way) is LAY-al.

Ok, moving on, we have the people out there who like to add an 's' to the end of everything. Zaytinya's, Galileo's, Zola's. Then there are the ethnic names that get butchered a million different ways, Rasika being a new example.

Bistro Bis: The Bis sounds like geese, not bee, at this Capitol Hill spot.
Ceiba: It's SAY-bah, not SEE-bah, down at 14th and G.
Creme: And contrary to the spelling, it's just plain ol' cream for this U Street restaurant.

Any other pronunciation pet peeves out there? Here's a whole list of common words to keep you busy all afternoon. Pretty IN-tris-ting or IN-tur-uh-sting or IN-tur-ES-ting.