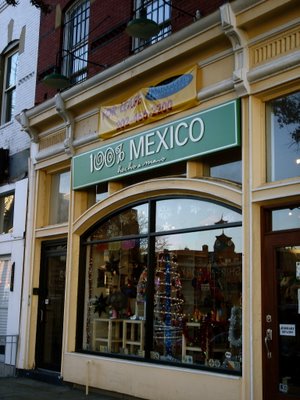 The owners of Mendocino Grille and Sonoma Restaurant plan to introduce a new concept to 14th Street this spring: a Spanish gastropub.

Elias Hengst and Jared Rager have announced plans to open La Pata Negra at 1612 14th St. NW (pictured above). The two-story gastropub takes its name from the black-hoofed Iberico pig, prized in Spain for the rich quality of its meat. (Products from the pigs became available in the U.S. for the first time earlier this year, thanks in part to chef José Andrés.)

"We knew that chefs and foodies would get the insider's reference," Rager says. "And we also thought 'The Black Hoof' [the English translation] is a great gastropub name, as well as a kind of tip-of-the-hat to New York gastropub pioneer The Spotted Pig."

The new restaurant's wine list will be dedicated to Spanish and Iberian imports, including sherries and ports. La Pata Negra will offer late lunch and dinner weekdays, as well as weekend brunch.

Hengst said they chose the 14th Street corridor for the new venture because "we wanted to be in a real community, not the outdoor chain mall that other parts of Washington are becoming. Logan has history, the buildings have character, and the residents have shown countless times that they support independent businesses, whether it's [Café] Saint-Ex, Vastu or Garden District."

Hengst and Rager have another restaurant planned for Bethesda. Back in August, Metrocurean reported that the owners will open Pacific in Bethesda Row in the spring of 2008. The restaurant will feature seasonal cuisine and more than 40 wines by the glass.