Loosen your belts, folks. 2007 is shaping up to be a big year for restaurant openings. To start are several spots that just opened, including Axis Bar and Grill on U Street and Hamilton's Bar and Grill on Capitol Hill. Washingtonpost.com's Fritz Hahn has the skinny on both Axis and Hamilton's. Quietly replacing Best Hunan, Banana Leaves (2020 Florida Ave. NW) serves a variety of Asian food and sushi in a black and red dining room.

Meanwhile, chef Michel Richard's highly anticipated restaurant Central (1001 Pennsylvania Ave. NW) opens its doors this week. Metrocurean got a sneak peek this weekend, and the French chef's fried chicken was finger lickin' good (er, would've been had I not been eating with fork and knife).

Here's a look at some of the restaurants and bars planned for 2007, listed by neighborhood:

M'Dawg Haute Dogs
2418 18th St. NW
The owners of the Amsterdam Falafelshop will bring "haute" hot dogs to Adams Morgan in mid-January. Chef Greggory Hill of David Greggory will eventually make the sausages, but early on, he'll be working on the sauces and condiments, according to the City Paper.

Napoleon
1847 Columbia Rd. NW
This sibling of Georgetown's Cafe Bonaparte will open in the former Mantis space later this month. The basement lounge, in a nod to the Paris Metro, will be called Metropolitain. Read more here.

The Heights
14th and Kenyon Streets NW
The owners of Logan Tavern, Merkado and Grillfish plan to open The Heights this spring. The restaurant will replicate Logan Tavern's casual, neighborhood concept. Salvador Del Rosario (formerly of Red Sage) has been brought on as the restaurant group's executive chef.

Il Mulino New York
1110 Vermont Ave. NW
An off-shoot of this Italian restaurant from New York is expected to open in January. Check out the menu here.

Lotus Lounge
1420 K St. NW
The owner of Fur nightclub will open a swanky lounge offering sushi both day and night, according to DC magazine.

Mio
1110 Vermont Ave. NW
Former Jaleo chef JohnPaul Damato, along with partners Manuel Iguina and Domingo Rodriguez, will offer American cuisine with global influences at Mio, which is slated to open this spring. Look for dishes such as grilled whole wild rockfish and slow-roasted Jerusalem red artichokes with balsamic syrup. 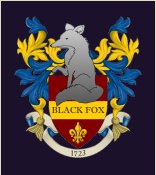 Black Fox
1723 Connecticut Ave. NW
DC magazine reports this "executive lounge" will open near Dupont in May. On the menu: classic and original cocktails, wines from "luxury" wineries around the world, cheeses, patés, smoked salmon sandwiches and chocolate truffles.

Circa
1601 Connecticut Ave. NW
In the former WrapWorks space, Matthew Carlin will open a coffeeshop and restaurant as early as March. Munehiro Mori (formerly of Asia Nora and Wolfgang Puck's Chinois) will serve as chef, according to the washingtonpost.com's Erin Hartigan. Read more here.

Jack's Restaurant and Bar
1527 17th St. NW
Out went Pepper's, in came Le Pigalle. Out went Pigalle, and incoming is Jack's from chef Herbert Kerschbaumer and wife Thelma. According to the Post's Tom Sietsema, the chef is promising something for everyone, including burgers and fondue. Read more here. Update: Now open!

H Street NE
Frozen Tropics updates us on all the planned Joe Englert spots on H Street. Word has it that the Beehive, planned for 1224 H St. NE, has been sacked in favor of Sticky Rice, which will serve Asian food. The Pug (1234 H St. NE) is expected to open this month or next. Dr. Granville Moore's (1238 H St. NE) should arrive in late spring.

Maryland
Sushi-Ko
Chevy Chase Center, 5400 block of Wisconsin Ave.
One of Washington's best sushi restaurants will expand with a new location in Chevy Chase this spring or summer.

Virginia
Overwood Grill
220 North Lee St., Alexandria
The owner of Boulevard Woodgrill is expected to open this sister restaurant in January, according to publicist Linda Roth.

Rain Restaurant
10418 Main St., Fairfax
Update: Plans have reportedly changed for Rain, and chef Antonio Burrell is no longer involved. Chef Antonio Burrell, who put in a short stint at Viridian, will oversee the Nuevo Latino menu at this restaurant and nightclub. Read more here.

Santo Pecado
3409 Wilson Blvd., Arlington
Mauricio Fraga-Rosenfeld (Chi-Cha, Mate, Ceviche and more) expands his empire with this Argentine grill, expected to open in April, according to the Post. 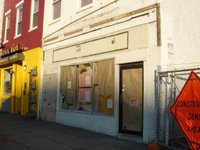 I'm also watching the former Subway space at 2007 14th St. NW (at right), which I hear another popular U Street hangout may have a hand in. And reports have surfaced that former 1789 chef Ris Lacoste intends to lease space for her new restaurant at 1101 23rd St. NW, just around the corner from the Ritz-Carlton's main entrance. Also stay tuned for details on EatBar, the repurposed bar and lounge area of Tallula, which is expected to open today.

Did I miss something you're looking forward to? Let us all know in the comment section.