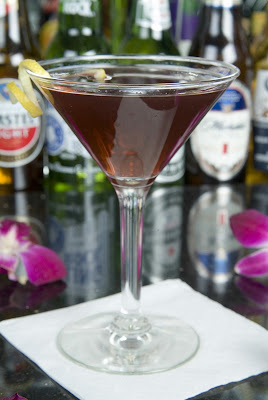 There are plenty of ways a restaurant can be a good neighbor, like keeping their alleys clean and noise levels down. But donating money to an important local charity is even better. Jack’s Restaurant and Bar has been raising money for the Whitman-Walker Clinic since it opened in January.

During the month of April, the restaurant is upping the ante with a $1 donation from every Jack Daniel’s cocktail going to Whitman-Walker. Customers can also add $1 or more to their bill for the charity.

In the past two months, Jack’s raised more than $1,000 for Whitman-Walker. So keep the good deeds flowing, and tip up a glass of Jack's lemonade spiked with Jack Daniel's and triple sec or a Black Jack martini with Jack Daniel's, Chambord and a splash of Sprite (pictured above) on the spacious patio.