Ben's Plans To Rock The Casbah 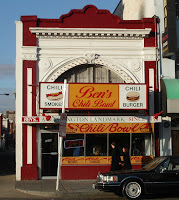 Forgive the headline, but seriously, according to The Examiner, the owners of Ben's Chili Bowl plan to open a new spot next door in what used to be The Casbah, a U Street club of yesteryear.

The Examiner reports that the new restaurant/lounge plans to serve alcohol and a different menu from Ben's.

Not to delve too far into territory I can't verify, but the space reportedly also operated at different times as the Music Box, the Jungle Inn and the Blue Moon. In the 1930s, the club was reportedly run by the famous jazz musician Jelly Roll Morton. Read more here.

If any new owner could keep the spirit of the space's history alive, it's certainly the Ali family of Ben's. Stay tuned to see what shapes up. 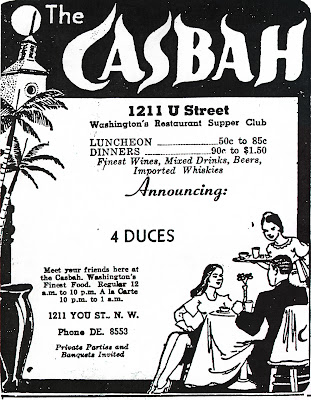 
(Ben's photo property of Metrocurean; Casbah ad from this site.)