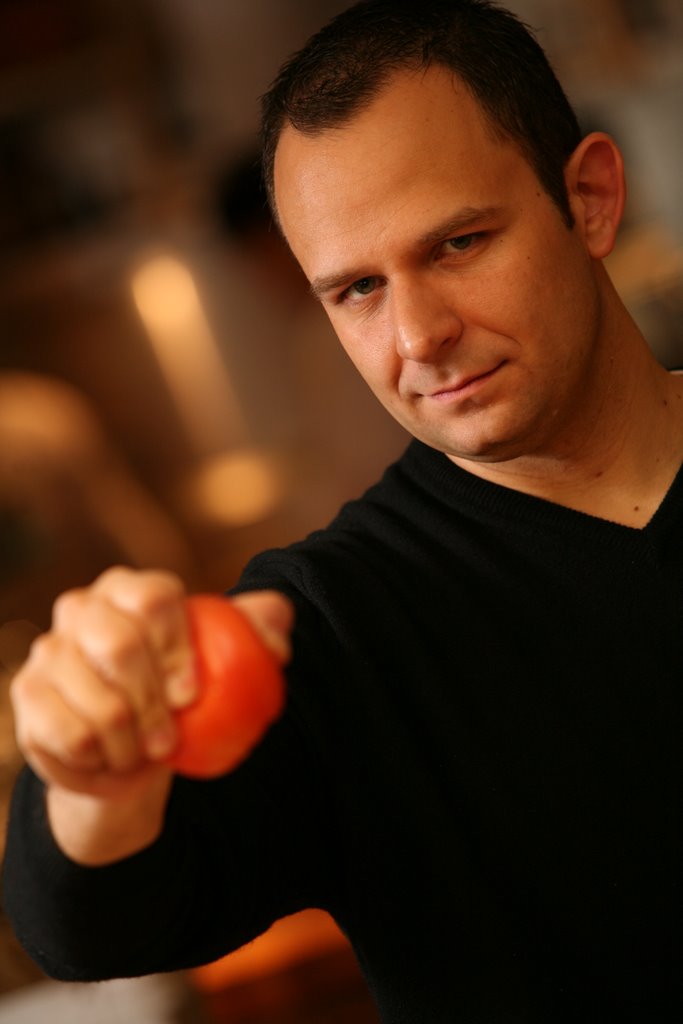 Word on the street for some time now has hinted that Fabio Trabocchi (at right), the celebrated chef of Maestro, would soon leave to open a restaurant of his own in Northern Virginia. For my own selfish reasons, I was hoping the rumored new spot would be as close as possible to downtown.

Word came late this afternoon via e-mail and text message that Trabocchi had resigned and would leave Maestro in two weeks. A fuller picture of the story comes from a "food flash" from The Washington Post's Tom Sietsema. According to Sietsema, Trabocchi is heading to New York to join Fiamma Osteria.

And just when we thought all the big chefs were setting their sights on lil' ol' D.C. (thanks Eric Ripert, Wolfgang Puck and Laurent Tourondel), we lose one of our greatest talents to the Big Apple.

But Sietsema indicates the move might not be permanent. (Is anything?) Read up for more details.