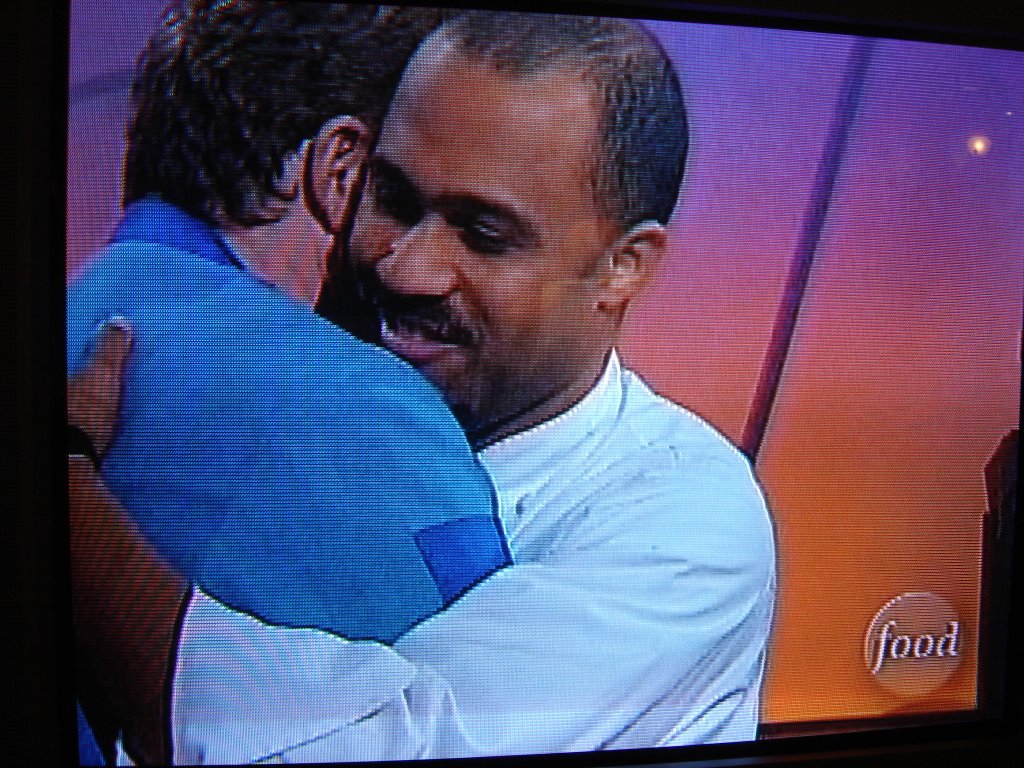 The Food Network is looking for the next Iron Chef, and what better way to find the next big anything than to launch a reality show?

"The Next Iron Chef" will premiere on the Food Network in October, and among the eight contenders is the D.C. area's very own Morou Ouattara. (That's him at right, generously hugging Bobby Flay on "Iron Chef America" after Morou was robbed in Battle Frozen Peas.)

The chef and owner of Alexandria's Farrah Olivia will duke it out with seven other chefs for the honor of joining Mario Batali, Cat Cora, Masaharu Morimoto and Flay as an Iron Chef.

"We have chosen a group of chefs who we believe to be at the forefront of the culinary landscape, each of whom could stand proudly beside Bobby, Mario, Morimoto and Cat as a new Iron Chef," says Bob Tuschman, senior vice president of the network's programming and production. "In our quest, we are looking for an individual to complement the current group and bring a unique blend of innovation, creativity and passion to the show, which is currently the highest-rated program on the network."

Judges will be Michael Ruhlman, Andrew Knowlton of Bon Appetit and Donatella Arpaia, restaurateur and owner of New York's davidburke&donatella and Anthos.