Matchbox To Open On Hill Next Year 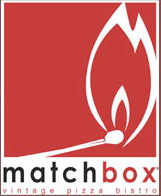 The owners of Matchbox plan to open a second restaurant on Barracks Row in a former vending warehouse sometime next year. Co-owner Drew Kim told me in an interview for Roll Call that they plan to transform the raw space inside 521 Eighth St. SE into a new Matchbox, with the same look, vibe and menu of wood-fired pizzas and mini burgers that made the original Matchbox in Chinatown wildly popular.

He and co-owner Ty Neal both live on the Hill. "We had been looking up there for several years," Kim said. "With the new baseball stadium coming, we knew we wanted to be over there."

Kim says they're shooting for a late spring or early summer opening next year.