An Oyster In A Pear Tree 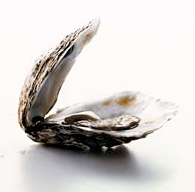 Look out, lords a leaping. Sayonara, swans a swimming. Hank's Oyster Bar is rewriting the old holiday standard "A Partridge in a Pear Tree" with a seafood theme this December.

A platter of the “Twelve Seafood Dishes of Christmas,” priced at $75, will feature some of chef Jamie Leeds’ classics.

The special will be available for the month of December at Hank’s in both Dupont Circle and Old Town, Alexandria.