Pintxos: Back By Popular Demand 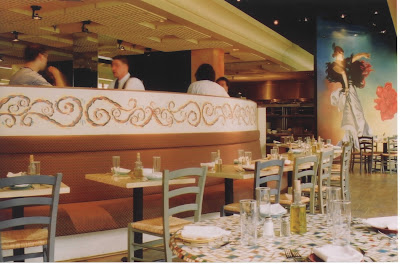 What is a pintxo, you ask?

From Spain, home to the greatest grazers in the world, the pintxo (PEEN-cho) is a small bite tapa from the Basque region's San Sebastian, usually served on a toothpick or a slice of bread. In other words, the perfect food with cocktails.

Starting Dec. 17, Jaleo is bringing back happy hour pintxos, after they proved so popular during the restaurant's Pintxos Festival in October. The little snacks will be available every Monday from 5-7 p.m. for $1.50 each at all three Jaleo locations. Among the pintxo fans back in October was The Washington Post's Food section, which highlighted the bites here.

Also available at the bar every day from 5-7 p.m. are $3.50 drinks, including red sangria by the glass, house red wine or white wine by the glass, draft beer and rail drinks.