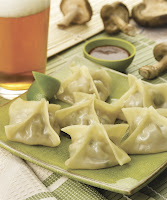 All of a sudden, you can't swing a six-pack without hitting a story praising the merits of beer and food pairings.

To learn more about the potential harmony between beer and food, check out this weekend's Savor: An American Craft Beer and Food Experience. The reception-style event, held May 16 and 17 at DC's Mellon Auditorium, will offers samples of more than 35 sweet and savory appetizers and 96 craft beers from 48 breweries. Also on the schedule are talks given by brewers, journalists and chefs who have helped advance the American craft beer revolution.

(Photo by Souders Studios, as seen in "The Best of American Beer and Food.")