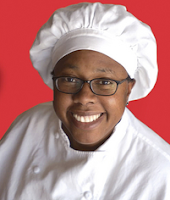 Via Prince of Petworth comes news that chef Gillian Clark, formerly of Colorado Kitchen, has signed a letter of intent to open a new restaurant in the Park Place development, over the Petworth Metro station.

According to the announcement, The Meeting House will occupy 4,000 square feet in the building, which is slated to open in 2009. "The menu of the new restaurant will be classically southern, illustrating the trend to environmentally friendly cooking, a characteristic of the Southern food way," Clark says in the release. That will include beef short ribs, Gulf shrimp, rabbit, crayfish, trout, pheasant and pigs feet.

The chef is also about to open the General Store in Silver Spring. Read more in this recent Dish column from Washington Post food critic Tom Sietsema. A third spot, Avenue Oven, is in the works for Takoma Park.