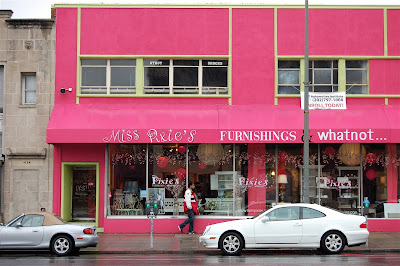 Mid-City Cafe will open over Miss Pixie's
Since Sparky's served its last espresso nearly two years ago, I've been hurting for some good coffee in my neighborhood. Thankfully, that's about to change.

Mid City Caffe is slated to open in April, just above Miss Pixie's at 1626 14th St. NW. The shop will serve Counter Culture Coffee (hooray!), and Mick Mier, one of the owners, promises there won't be any stale drip coffee sitting around. Coffee will be made fresh by either french press or pour over method. There will also be espresso, cappuccinos and pastries.

You may recognize Mier's name — he's one of 1905's owners and the designer responsible for its funky turn-of-the-century look. He's designing the space for Mid City Caffe, so expect a cool vibe to go with your cup of coffee.