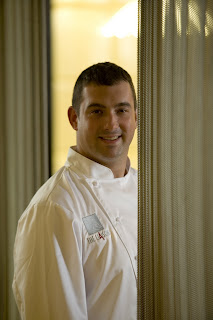 Art and Soul executive chef Ryan Morgan, who was born and raised in the Chesapeake Bay area, was tapped by two-time James Beard award winning chef Art Smith to helm the restaurant, which opened in September. He shares his Five Bites here.

2. Crabs at the Quarterdeck

4. Chips and salsa at Guajillo