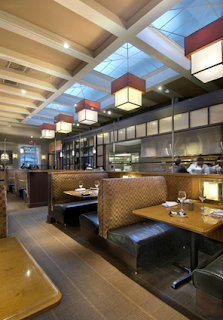 Big Bear Cafe, Poste Moderne Brasserie (pictured) and Restaurant Nora all received awards from the mayor. The Fairmont and the Willard were recognized in the hotel category.

The awards only skim the surface of what area restaurants are doing to be environmentally conscious, but kudos to the DC gov for pointing out great green businesses. The awards are part of the mayor’s green agenda and "an effort to incentivize growth of local green enterprises, green existing businesses and District government, and train local workforce to fill green jobs of the future," according to a release.