This weekend, Metrocurean headed to pastry chef David Guas' house for a sample of the sweets that will be served at his forthcoming Bayou Bakery, located at 3211 Wilson Blvd. in Arlington. Here's a peek at what's in store, in photos: 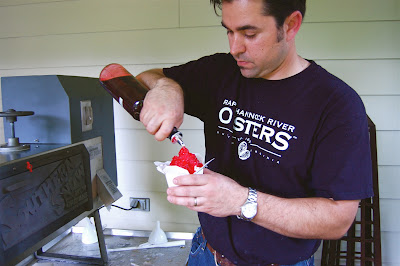 Guas pours strawberry syrup over freshly shaved ice from a snoball machine. Snoballs are just one of the traditional New Orleans sweets that Guas, a native of the Crescent City, plans to offer. He'll open the Bayou Bakery this summer (late June is the current prediction) with Liberty Tavern owners Stephen Fedorchak and Brian Normile. 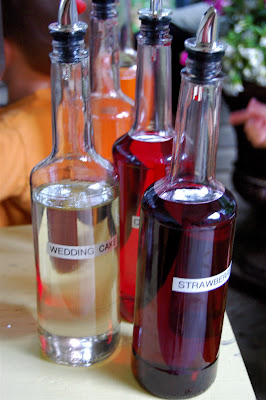 Guas is making his own syrups for the snoballs, but he'll also use a few classic New Orleans flavors, like the almondy Wedding Cake. 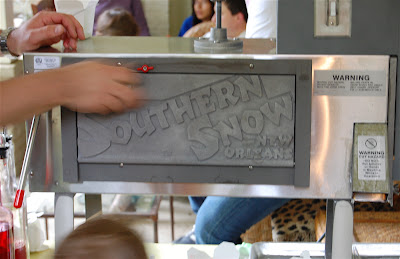 The Southern Snow machine will be a fixture in the new bakery. It churns out fluffy ice that's then doused with syrups and sweetened condensed milk. 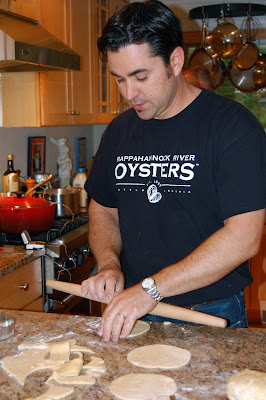 Guas rolls out dough for his apple and cherry hand pies. 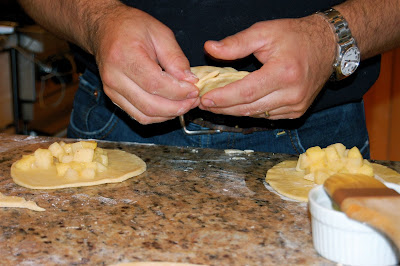 The single-serving pies are stuffed with fruit — like the nutmeg-spiced apples, above — and deep fried. Guas' cherry version gets a nice citrus kick from orange oil. 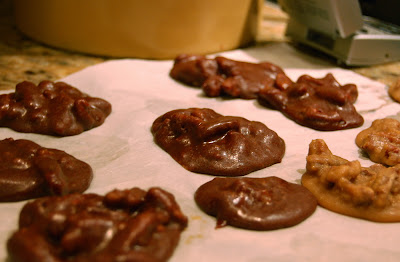 In addition to classic pralines, Guas is planning a few spins on the confection, including a thoroughly addictive chocolate version.