It's Been A Donut Kinda Week 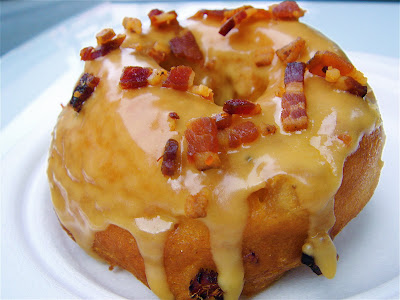 Dynamo Donuts' bacon maple apple donut
I've been stuffing my face and swilling wine for the better part of the past week out in San Francisco and Napa. And though I've had my share of olives, local cheese, Cabernet Sauvignon and other expected wine country delights, I can't seem to escape the ubiquitous donut ... or doughnut (in my former profession I would've gotten to the bottom of that spelling conundrum). 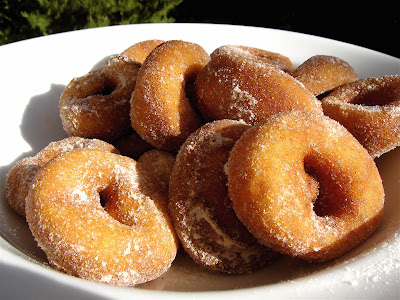 So ... when's DC getting an indie donut shop?