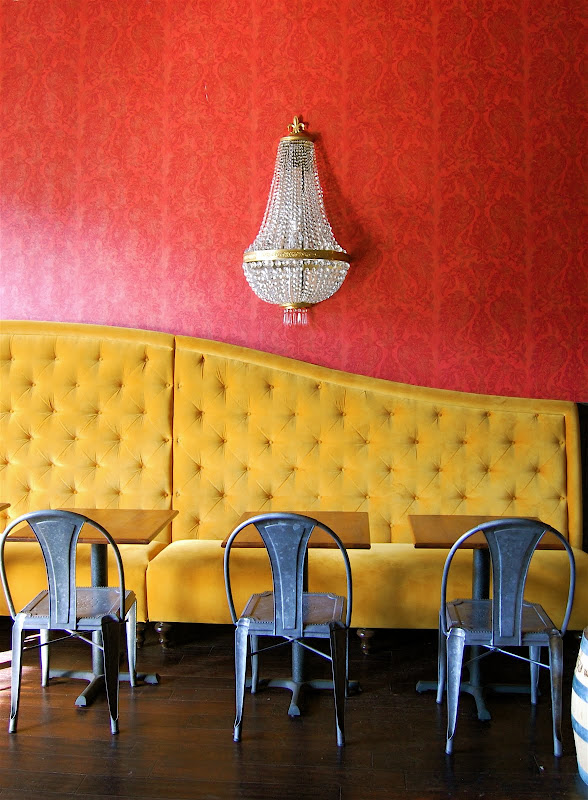 The husband-and-wife team of Kyle Bailey and Tiffany MacIsaac have the kitchen covered in this new Neighborhood Restaurant Group addition, the company's first in DC. Both chefs — he's exec chef, she's the pastry chef — were previously at Allen & Delancey in NYC. Prior to that, MacIsaac was pastry chef at Cru. Bailey was at Blue Hill at Stone Barns and Cru before that.

Metrocurean snagged some photos for your viewing pleasure ... Let's start our tour in Birch & Barley on the first floor. 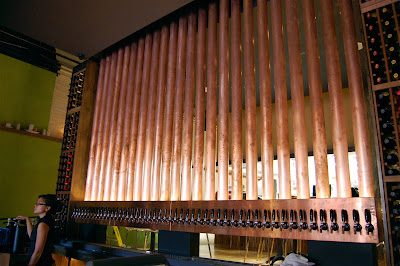 Behold, Birch & Barley's magnificent "beer organ" or so it's been nicknamed. The copper pipes bring beer down from temperature-controlled rooms on the second floor. 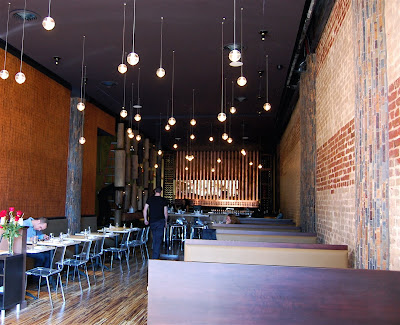 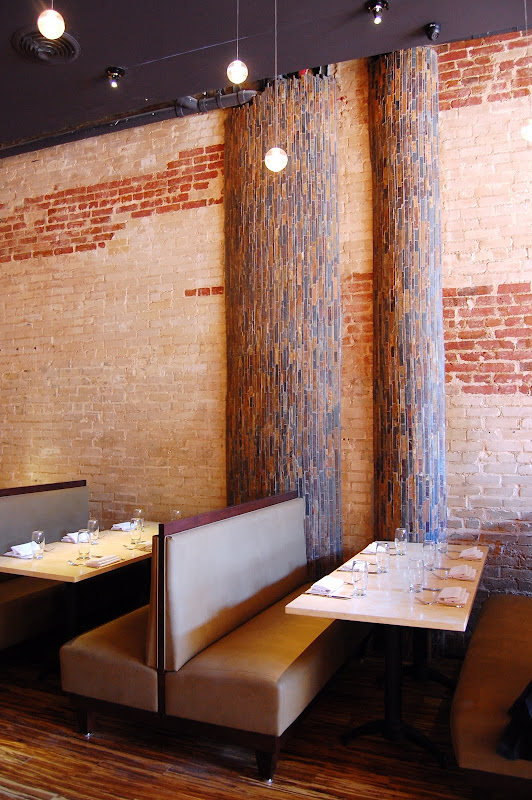 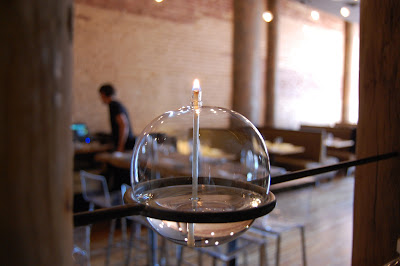 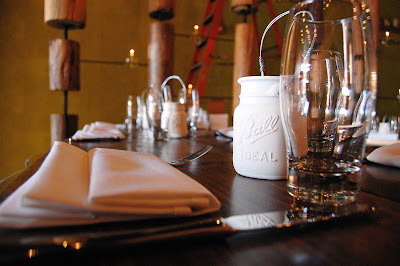 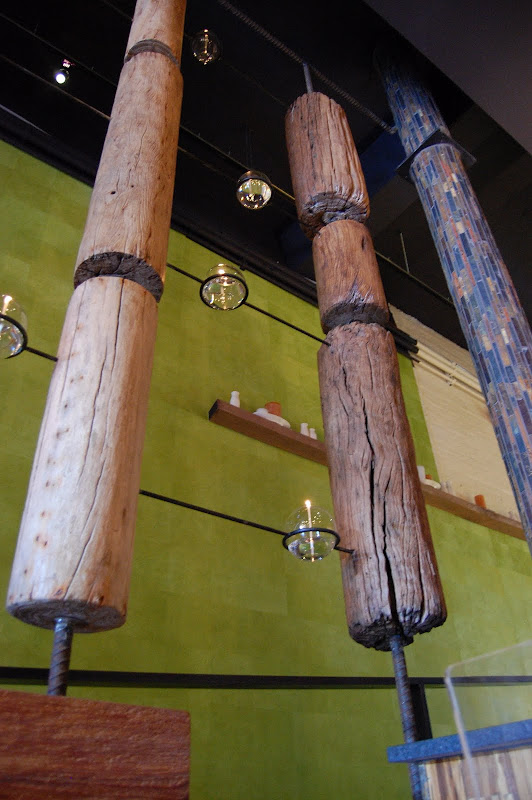 Old salt grinders make a cool divider between the bar and hallway. 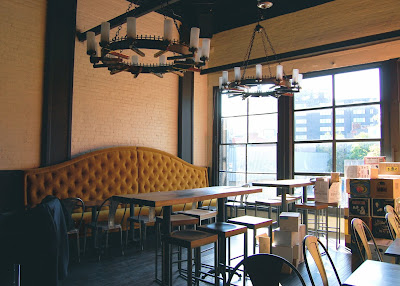 Upstairs, ChurchKey stretches out across 3,250-square-foot and will pour more than 500 beers, with about 50 on draft and five hand-pumped, cask conditioned ales. The list represents 100 brew styles and 30 countries and will be shepherded by beer director Greg Engert. 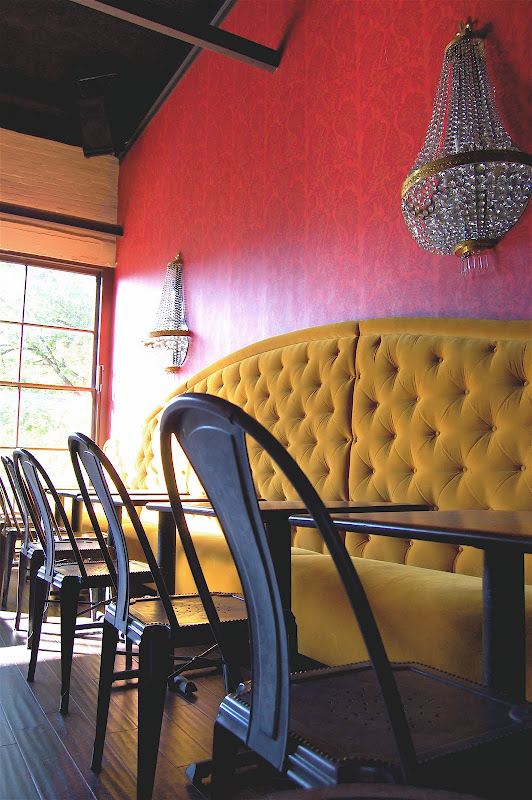 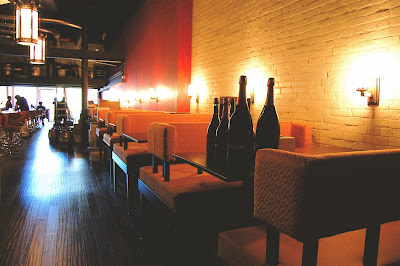 A long bar stretches along one side of the back of the space, while a row of high-top tables with plush benches runs along the opposite wall. 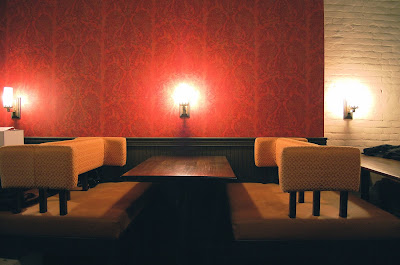 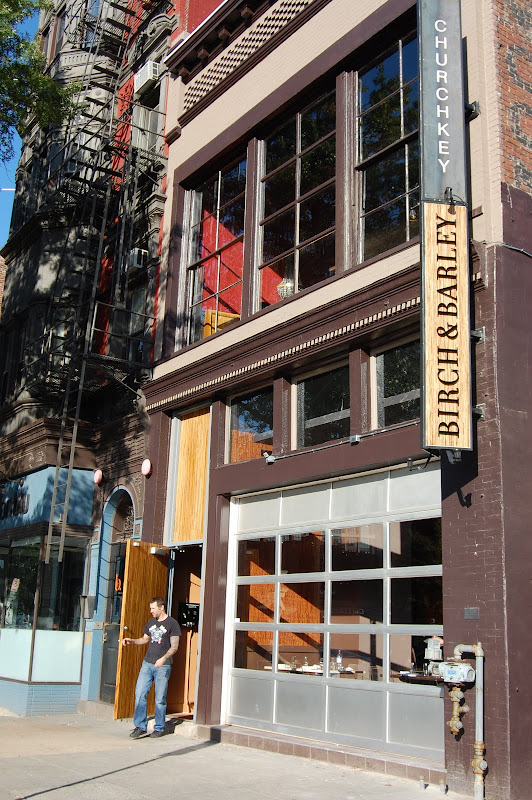