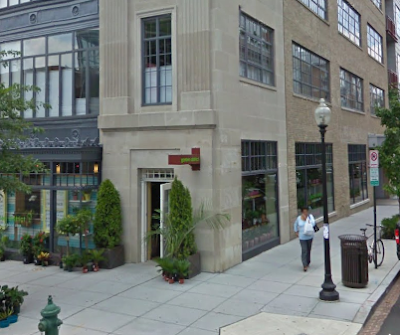 The Spanish-flavored Estadio will open next year on 14th Street NW.
I may never leave my neighborhood again.

Estadio will join the newly opened Birch & Barley and Masa 14, as well as my current neighborhood favorites Bar Pilar, Cork and Posto. Add the planned Diamond District Seafood Co., Table 14, Cork Market and Cork and Fork, and I'm gonna go ahead and say 14th Street will be the hottest dining destination in town.

WaPo's Tom Sietsema broke the news about Estadio yesterday, and Metrocurean got Kuller on the phone today for a few more details.

First up, Proof bar man Adam Bernbach has a playful roster of libations planned. Slushies — yup, just like the ones at 7-Eleven — will be served. The frozen beverage is having its moment in some of New York's hot spots, including Momofuku.

More in keeping with the Spanish theme will be sangria, and knowing Bernbach, I'd expect some tasty new takes. 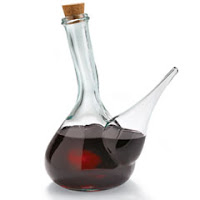 Sebastian Zutant, Proof's wine director, will compile the predominantly Spanish wine list, rounded out with a few Chilean and Argentinean selections and some US wines made with Spanish varietals.

Meanwhile, ambitious guests can order their wine in a porron (pictured at left), a traditional Spanish wine pitcher. Your mouth plays plant, it plays watering can, and the whole thing appears to require some skill. Though Kuller says: "I took to this thing immediately." Here's a demonstration, however unprofessional. Just don't wear white.

And then, of course, there's the menu of bite-size pintxos, tapas and larger raciones, overseen by Proof head chef Haidar Karoum. The small tastes, or pintxos, will run $1-$2, tapas $4-$9 and mains $10-$18. Bread will baked in house. "I think bread is such an important part of Spanish cuisine," says Kuller.

As for Estadio's vitals: The place will hold just more than 100 seats, 20 at the two-sided bar in the center and 85 in the dining room, including a counter in front of an open kitchen and three rustic communal tables. At the bar, "we're setting aside a corner that will be devoted to jamon, Spanish meats and cheeses, and cold small plates," Kuller says.

The restaurant will initially open for dinner, with plans for brunch and maybe even lunch to follow.