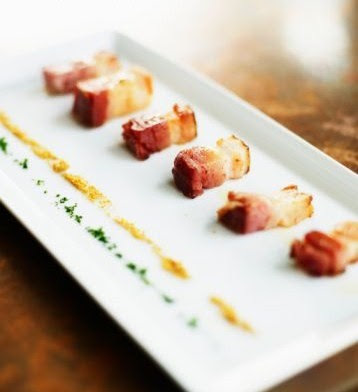 I think it's safe to say bacon has moved from "trend" territory to kitchen keystone. And because chef Brian Robinson is a card-carrying member of the cult of bacon, Clarendon's Restaurant 3 is dedicating an entire week to cured pork, kicking off Wednesday, Oct. 21, and running through next Tuesday.

The appropriately named Week o' Bacon will feature a daily happy hour from 4-8 p.m. at the bar with porcine snacks like bacon on a stick (similar to the dish pictured above) and bacon-wrapped shrimp, as well as $3 craft beer draft specials. 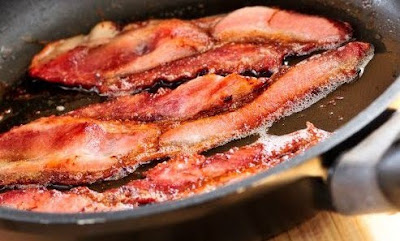 Robinson, who cures his own bacon in-house, has also created a three-course bacon tasting menu for $30 ... bacon and egg salad, followed by bacon-crusted mahi with bacon potato hash, topped off with a bacon waffle with maple bacon ice cream.