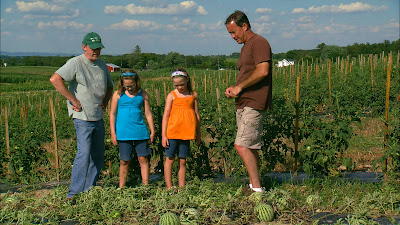 Chef Brian McBride, far left, his daughters and Mark Toigo check out the bounty at Toigo Orchards.
Photos: Chefs A'Field/Warner Hanson Television
Foodies love griping about how there aren't any good food shows on TV anymore. But if you've never caught an episode of Chefs A'Field, you're missing out.

Now in its fourth season, the Emmy-nominated series is the creation of local producers Heidi Hanson and Chris Warner. Chefs A'Field takes some of the country's top chefs to the source of foods, and then back to the kitchen for a cooking lesson. There's a strong focus on sustainable agriculture and seafood. 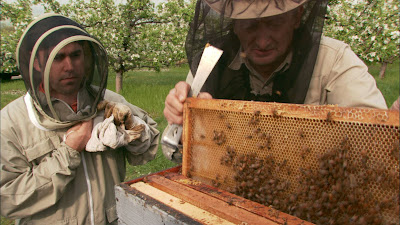 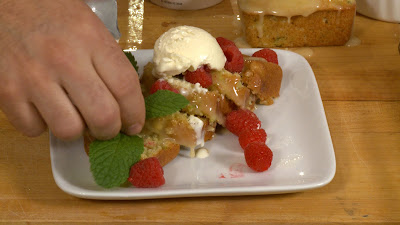 Guas' zucchini cake with honey glaze.
In "Peaches and Herb," chef Brian McBride of Blue Duck Tavern hits Toigo Orchards in Pennsylvania and cooks up chicken with peaches and herbs.

Here's an RSS feed of the schedule, or (FOODIE GIFT ALERT!) you can purchase the season here.