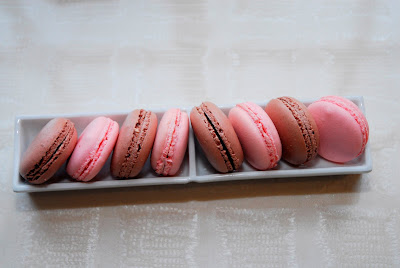 Macarons from Adour, now available for purchase.
Whoopie pies have been stealing the spotlight from cupcakes, but me thinks macarons* may be having a sweet moment in the sun, as well.

It seems the little French confections are partout.

Starbucks will carry them this month. Jason Wu (he of Michelle Obama's inauguration gown) learns to bake them with famed pastry chef Francois Payard in the December issue of Food & Wine. Gossip Girl loves them. And just Googling "macarons Gossip Girl" after writing the previous sentence turned up this very thorough examination of macarons vs. whoopie pies in the trend war to become the next cupcake. (And here I thought I was onto something original...) 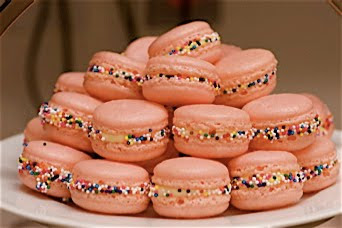 So, any votes for macarons to take cupcake's trendy crown?

* I'm going with the French spelling for fear I may be accused of confusing them with coconut macaroons, though many US menus do use "macaroon".