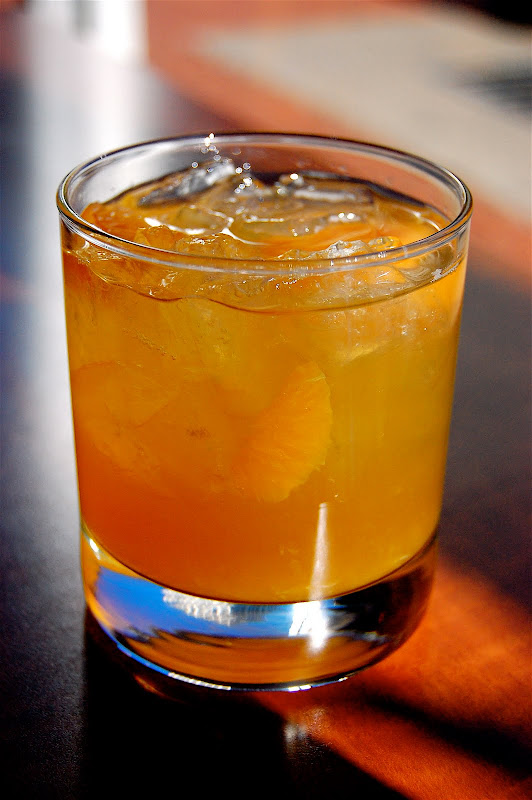 Clementina Old Fashioned at Jaleo.
metrocurean photo
Spain is the world’s largest of producer of clementines, and in honor of the sweet winter citrus, Jaleo is celebrating with a Clementine Festival through Dec. 20. The restaurant's three locations are serving special tapas and drinks featuring the fruit, and you can snag a box of Spanish clementines to take home for $7. 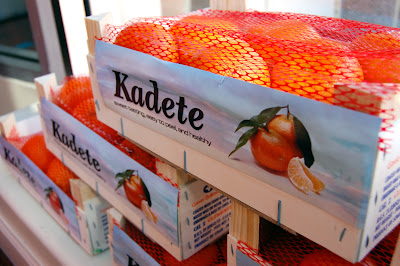 Spanish clementines, stacked in the window at Jaleo.
One festival offering that caught my cocktail-loving eye: the Clementina Old Fashioned ($12), a twist on the classic bourbon drink featuring clementines and cinnamon apricot syrup. Here's the recipe, adapted for home use.

Combine sugar and water in a sauce pan and bring to boil. Simmer until sugar is dissolved. Add cinnamon sticks and apricots (1 apricot for each drink you plan to make). Cook over low heat for 5 minutes. Let cool and stand for several hours.

In a cocktail shaker, combine clementine segments, bourbon, cinnamon apricot syrup (with a whole apricot from the syrup) and enough ice to fill a rocks glass. Shake well. Pour into a rocks glass and finish with a generous amount of clementine zest.

Use any left over syrup to sweeten iced tea or for other cocktails.