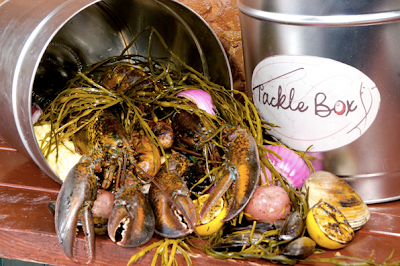 The Downtown BID has reported and Metrocurean has confirmed that Tackle Box is planning to open at 522 10th St. NW, formerly home to the old Waffle Shop.

While the new downtown location has not been finalized, a spokesperson for the beachy Georgetown lobster shack says the target opening will be next winter.

Jonathan Umbel, owner of Tackle Box and Hook, told the Washington Business Journal's Missy Frederick that he'd like to expand the fish shack concept across the region. Plans are also under way for a Bethesda outpost.