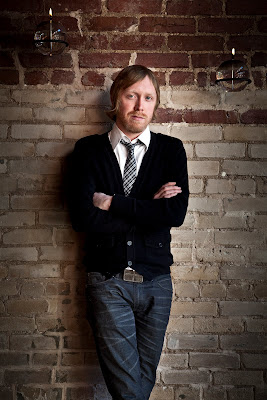 Greg Engert of Birch & Barley has elevated beer to wine's exclusive territory.
Photo: Powers & Crewe
Food & Wine magazine's annual Sommeliers of the Year list is out, and DC represents two of the seven winners. Not a bad ratio.

What's even more notable is that one of those isn't even a sommelier. He's a beer guy.

Greg Engert, the incredibly talented beer director for Birch and Barley and Churchkey, may be the first person to make the list working primarily with beer. If you've had the pleasure of hearing him wax poetic about the flavor nuances of a rare cask ale, you'll understand why.

Chef-turned-sommelier John Wabeck of Inox also makes the list. Having worked for years as a chef (one whose cooking I loved at Firefly), Wabeck can collaborate with Inox chef Jon Mathieson on pairings in a very fundamental way. The results are often stunning.

Cheers to both for the national recognition.

(Full disclosure: I do reporting for Food & Wine.)