Metrocurean has received updates on a few spring openings around DC:

• Biergarten Haus: Later this month, the beer should start flowing at this new addition to H Street NE's Atlas District. Check out the massive outdoor space and a few more photos on the Going Out Gurus. 1355 H St. NE

• Buddha-Bar: The Asian-themed Buddha-Bar, known for its trendy locations around the globe, will unveil its nearly 10,000-square-foot space May 8. Korean-born chef Chul Kee Ko, previously of Charlottesville's Ten and NYC's Jean Georges, will oversee the menu of Asian cuisine with French influences. 455 Massachusetts Ave. NW

• Estadio: Proof owner Mark Kuller and chef Haidar Karoum just returned from an eating extravaganza in Spain in preparation for the opening of the Spanish-accented Estadio. Construction should be complete by the end of May, so listen out around then for a firm opening date. Read more about Estadio. 1520 14th St. NW

• Equinox: After a damaging fire this winter, Todd and Ellen Gray are hoping to reopen Equinox in May. We've missed you, Equinox! 818 Connecticut Ave. 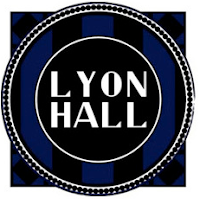 • Ted's Bulletin: The owners of Matchbox are putting the finishing touches on their latest project, which is set to open the first week of May. The new spot will dish out American comfort food in a throwback setting — the place will channel the 1920s with Art Deco touches, classic cocktails and a shaketender, mixing milkshakes. 505 Eighth St. SE

• We, The Pizza: The end of May (maybe the first of June!) is the latest update on the new pizza place that Top Chef alum and Good Stuff Eatery owner Spike Mendelsohn and family are preparing to open on Capitol Hill. Plans include NY-style pizza by the slice, homemade Italian sodas, gelato and Italian sandwiches. 305-307 Pennsylvania Ave. SE

Others to watch that I don't have firm updates on:

• Acqua al 2: This Capitol Hill spot could start dishing out Italian fare in sometime in May. 212 Seventh St. SE

• Chesapeake Room: An addition to Barracks Row. Prince of Petworth has photos and some info. 501 Eighth St. SE

• Morso: The Turkish-inspired Morso Express is up and running, but its sit-down sibling is still waiting on a few loose ends before opening. 3277 M St. NW

Did I miss a spring opening you're looking forward to? Tell me about it.