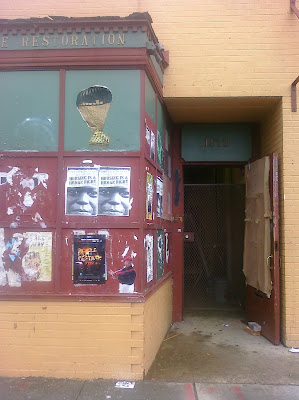 A former furniture restoration shop will become a Mexican taqueria from the Masa 14 team next spring.
Chefs Kaz Okochi and Richard Sandoval are planning to open a Mexican taqueria next spring at 1819 14th St. NW, just a few doors down from their first collaboration, the Latin-Asian Masa 14. 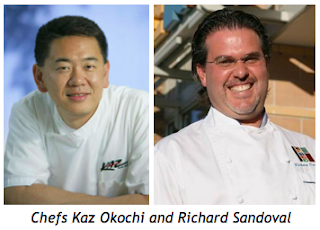 Okochi, who also runs Kaz Sushi Bistro, tells Metrocurean that the yet-to-be-named taqueria will have three levels, including a basement with a "surprise concept." (My money's on a speakeasy.) The main floor will offer carry-out tacos with some eat-in seating and an open kitchen. Early plans also include a rooftop level, possibly with a bar and seating for dining.

Mexico-native Sandoval, whose restaurant empire stretches from Dubai to Las Vegas to DC's Zengo, will take the lead on developing the menu, says Okochi.

They considered incorporating the Latin-Asian flavors of Masa 14, but decided to do a more straightforward, authentic Mexican concept.

Okochi says the new restaurant will be casual with lower prices than Masa 14.

Latif Guler, who also owns 17th Street's new Agora and is a partner in Masa 14, is working with the chefs on the new project.