Stop by the bar at Zengo to try pisco cocktails.

If you’ve ever wondered what culinary delights blending Japanese and Peruvian ingredients might yield, then you have a few more days to check out Zengo’s Lima-Tokyo tasting menu.

Also in attendance was Melanie da Trinidade-Asher, the founder and master distiller of Macchu Pisco.

We also sampled a new entry into the pisco market, the company's Ñusta Pisco, a smooth after-dinner pisco with banana peel tones. Only 100 bottles of the Ñusta are made each year, with projected availability in the U.S. market this Christmas season.

My personal favorites of the evening included the spicy passion fruit pisco sour, made with Macchu Pisco, fresh passion fruit puree, egg whites, aji amarillo (a Peruvian chile pepper), and citrus. The “concha a lo macho”, a spicy combination of scallops, calamari, shrimp and bonito flakes with an aji amarillo aioli, was also out of this world. To see the entire tasting menu, click here.

The special menu will be offered through October, but the rainbow ceviche, sparkling sake pisco cocktail, blood orange whiskey sour, and that tasty passion fruit pisco sour will still be available after month's end. 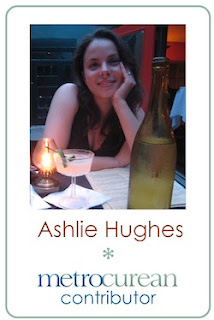